As of August 28th, 2018, the Canadian Parliment has halted plans to change how blockchain companies are regulated in Canada. At present, it is unclear whether plans for stricter regulation of blockchain companies will be amended. However, what is certain is that no new legislation will start to come into effect until 2020.

Why Blockchain Companies in Canada are Breathing a Sigh of Relief

In May 2018, the Canadian government released a draft update to Canada’s Money Laundering and Terrorist Financing Act. Specifically, one which sought to impose stricter oversight of Canada-based blockchain companies.

Dedicating an entire chapter to ‘virtual currency,’ the Canadian Department of Finance stated that:

“ Virtual currencies are increasingly being used to facilitate fraud and cybercrime, and to purchase illicit goods and services on the dark Web.”

As part of an effort to counter fraud and terrorist financing, legislation has, therefore, been proposed which would impose stricter regulations on both individuals and businesses.

If enacted, any person or entity “dealing in virtual currency” would be required to register as a bonafide money service businesses (MSB). More worryingly, each MSB would be obligated to collect accurate records concerning where cryptocurrency transactions originate, virtual currency user identities, and details concerning whom digital assets are exchanged between.

According to the Department of Finance, compliance with new legislation could result in a loss of up to $60 million for existing blockchain businesses. However, many have also argued that new legislation would stifle future innovation.

How Would Cryptocurrency Users be Affected by Changes?

The Department of Finance has stated that it does not wish to regulate virtual currencies themselves. However, many argue that proposed legislation does this by proxy. This is due to the fact exchanges and blockchain technology startups would be required to collect much more information on specific platform users.

At present, proposals outlined in Canada’s Money Laundering and Terrorist Financing Act will not start to come into force until late 2019. This gives blockchain companies one more year to carry on with business as usual. If and when new regulations do come into effect, businesses will then have a further year before legislation starts being enforced. 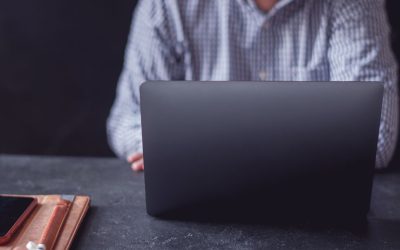 5 Reasons Why Bitcoin Is Safe & How To Buy It

One of the most interesting changes technology is currently undergoing is in the field of cryptocurrency. More specifically, the cryptocurrency Bitcoin as a digital exchange uses impenetrable cryptography to protect and pass financial transactions.  In addition... Bitcoin Price Predictions for 2019 & Beyond Cryptocurrency investment firm Pantera Capital has predicted that Bitcoin will reach  $67,500 by the end of 2019 Many Bitcoin forecasts for 2019 rest on the assumption that the U.S. Securities and Exchange...